Alia Bhatt and Ranbir Kapoor returned to Mumbai on Wednesday afternoon after spending quality time in Jodhpur. The duo recently jetted off to celebrate Ranbir’s birthday. After returning from their quick getaway, Alia has now reacted to her boyfriend’s new look from his film ‘Shamshera’.

The makers of ‘Shamshera’ on Tuesday, unveiled the new look of Ranbir on the occasion of his birthday. In the picture, Ranbir is seen sporting a mark on his forehead. His new look has left his fans mighty impressed. Along with the picture, there is a tagline that reads, “A legend will rise.” It looks like Alia is also in love with Ranbir’s new avatar.

She took to her Instagram story and shared his picture. Along with the picture, she dropped multiple awestruck emojis. Have a look: 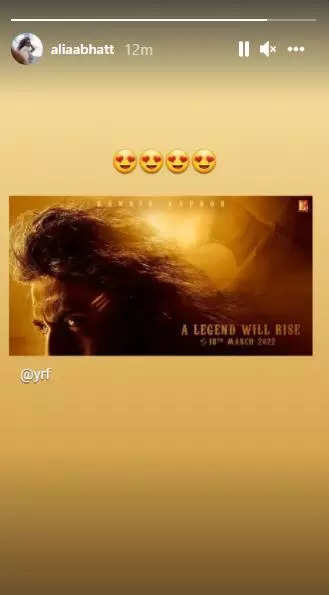 On Ranbir’s birthday, Alia had posted a romantic picture from their Jodhpur trip. The duo was seen enjoying the beautiful sunset view by the lake. Dressed in casuals, the couple looked madly in love with each other. Along with the picture, Alia had written, “happy birthday my life

” In no time, their fans and family members were seen dropping heart emojis on the post.

Meanwhile, ‘Shamshera’ also stars Vaani Kapoor and Sanjay Dutt in key roles. The film is directed by Karan Malhotra and it is slated to release on March 18, 2022.

Clearview AI Face Scanner Aims to Branch Out Beyond Police Use